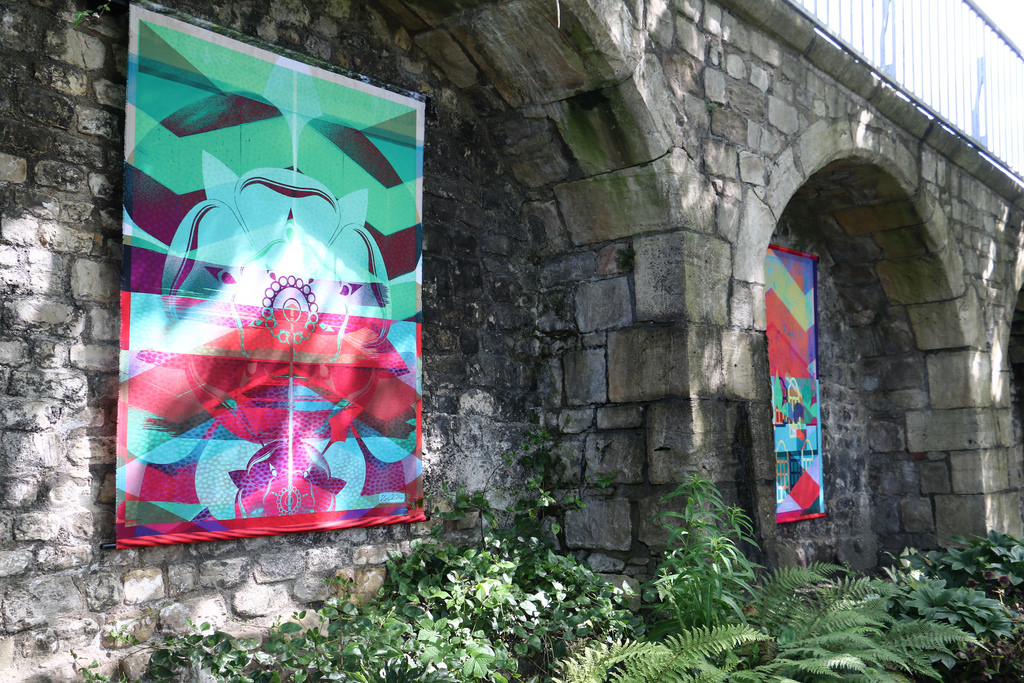 Sally Greaves-Lord is a textile designer whose work is in public collections in the UK, Europe, US and Japan. She has exhibited widely throughout Britain and is regularly commissioned by the Church of England and the NHS. Sally is based in North Yorkshire and has produced a new series of banners for York Curiouser which are sited on the historic walls near the Quilt Museum.

Sally says, “I have been inspired by the Mediaeval Guilds in my banners. I was looking broadly at imagery, shapes and the composition of the guild banners. It is really interesting that St Anthony’s Hall was the hall used by, ‘Guilds who had no hall of their own’”