In Between – Poems on York’s Walls

In June and July 2014, nearly 18,000 people saw John Wedgwood Clarke’s series of poems In Between stencilled, chalked and on posters in the alleyways of York that inspired them. This year, in response to the many who wanted to read them again in-situ, York Curiouser re-installed them with an additional new poem about York’s Medieval stained glass. 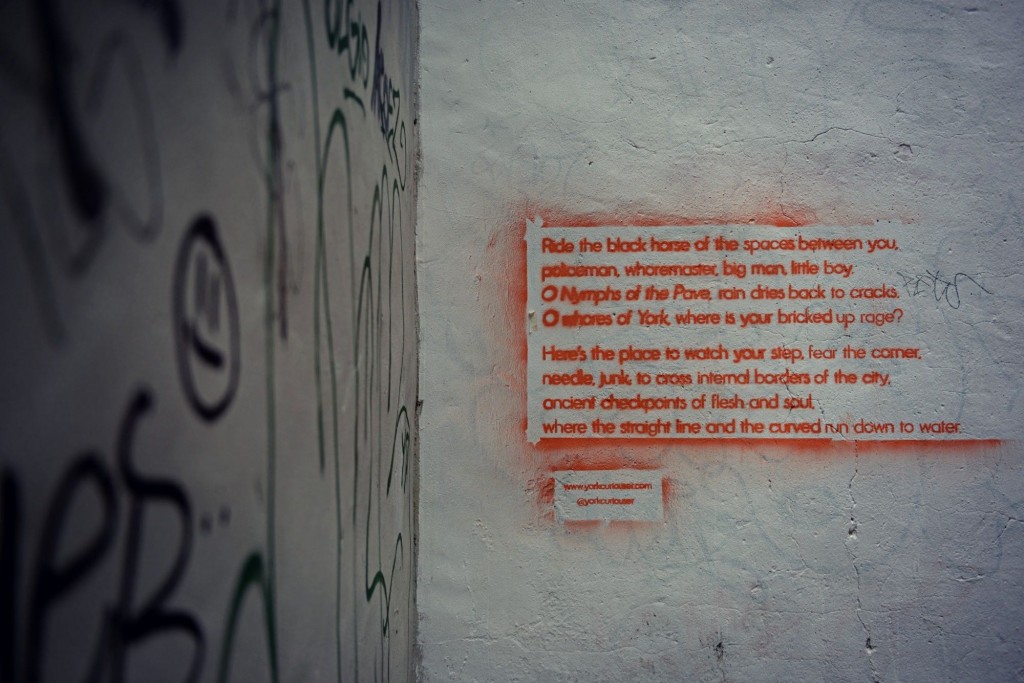 John Wedgwood Clarke is a lecturer in creative writing at the University of Hull. He regularly works with curators, scientists and artists on public art projects. His first full collection Ghost Pot (2013) was described as ‘a masterpiece that rewards continual rereading’ by Bernard O’Donoghue and has been selected by New Writing North for Read Regional 2015. Recent poems have appeared in PN Review, Poetry Review, POEM, The New Statesman, Best British Poetry 2012 and Poetry Wales. John is also UK & Ireland Editor for Arc Publications.